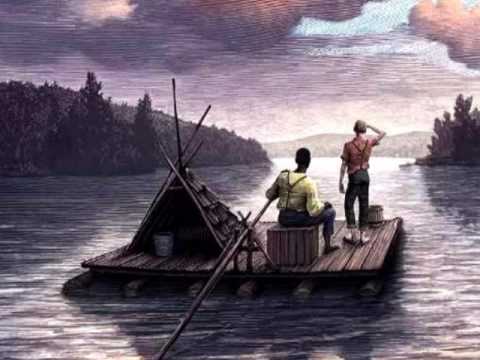 This week’s Teaser Tuesdays s another classic I’m enjoying reading all over again.  It’s Mark Twain’s seminal work Huckleberry Finn. In some ways on this read-through I am reminded a lot of To Kill a Mockingbird.  Both books are dependent upon their narrator for tone, humor and spiritual insight.  Both have very similar narrators in  a way- Southern kids who are skeptical about the world.

On this read-through I’m reminded how funny Huck can be and what a likable character he is.  I particularly like the way he see’s Jim- as just another person.  He doesn’t seem to grasp the danger of his situation until later in the story and there is something refreshing about that naivety.  What’s great about Mark Twain is he manages to carry important messages while not taking things too seriously.  It’s like he tricks you into thinking profound thoughts! This is particularly true later on in the novel in the scenes between the Grangerfords and Shepherdsons. Its considered by many to be the great American novel and I can see why!

Teaser Tuesdays is a weekly bookish meme, hosted by MizB of A Daily Rhythm.

Anyone can play along! Just do the following:

• Grab your current read
• Open to a random page (or I like to do the page I’m currently reading)
• Share two (2) “teaser” sentences from somewhere on that page
• BE CAREFUL NOT TO INCLUDE SPOILERS! (make sure that what you share doesn’t give too much away! You don’t want to ruin the book for others!)
• Share the title & author, too, so that other participants can add the book to their TBR Lists if they like your teasers.

This week my sentence is on page 25 of Huckleberry Finn: (Jim is reading Huck’s fortune from his hairball)

Do you like Huckleberry Finn or do you think it is an overrated classic?  Which do you prefer Huckleberry Finn or Tom Sawyer?   It’s surprising there has never been a great movie version of Huckleberry Finn.  Maybe Hollywood is afraid of the racial contexts but that hasn’t stopped them with other material.  I would be curious to see what African American director Steve McQueen would do with it (he directed 12 Years a Slave).