I am very excited to announce that in just over a months time I will be celebrating a major milestone for this blog. It will be a decade since I first started it on 5-12-2008! Can you believe it? 10 years I’ve been writing “my silly thoughts on life, family, politics, work, religion, music, swimming and more.” That just blows my mind! I know I’m a bit more sporadic than I used to be but I think I still keep it relatively current and updated. I still try to have a lot of variety in this blog and just write about the things I want to talk about. Often they don’t get very many hits but I enjoy the process of writing.

So, here’s where I turn to you. I would like to do something for the next 6 weeks to celebrate that milestone. I was thinking I could revisit some of my most popular posts, or I could write about each of the silly thoughts I proposed in the title, or I could try to post something every day for 6 weeks. That would be a challenge!  I could do something on movies, Disney, being Mormon or single or any number of topics. I could have topics in a hat and draw one out each day.

What do you think would be fun? What would you like to see from me? I would love to hear your suggestions and thoughts.

Anyone who knows me knows I have a bit of a cereal problem. I love the stuff. It’s not something we were allowed to have often growing up as it was pricey so it still feels like a special treat. There’s something about the cold milk and the cereal that is just delicious whether it is for breakfast or a snack. I like sugar cereal, healthy cereal, any cereal. You name it. I like it!

This week I got an Kellogg’s Assortment Pack from amazon (it was an add-on item so a great deal). This includes 6 different flavors of cereal, and I thought it would be fun to rank the cereals. I have previously done a list of my top 10 favorite cereals if you want to check that post out.

There is something about the flavor of Apple Jacks I’ve never loved. It’s not awful but the artificial apple and cinnamon combination is a little weird. Plus I think they need more of the green loops and less of the cinnamon. The ratio is a little off. 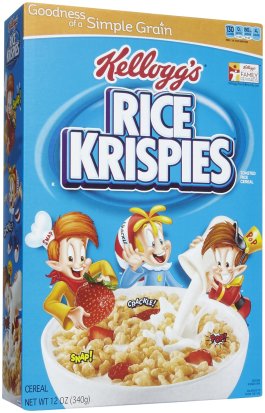 I like a good bowl of rice krispies quite a bit. It is good for more than just cereal treats and the crackle pop is always fun! It only gets 5th spot because it doesn’t have a lot of flavor. I probably prefer cocoa krispies, which are one of my favorite chocolate treats!

Despite them making Toucan Sam a bird with arm instead of wings (disturbing) froot loops is a pretty tasty cereal bite. The flavors might seem muddled but it’s mostly lemon that comes through. I like all the bright colors and it feels slightly naughty to eat! LOL

The Pops cereal is a nice combination of normal and sugary cereals. It’s definitely sweet but not as sweet as Froot Loops. It doesn’t get soggy super fast and it’s very tasty so you can’t go wrong with it.

Tony the Tiger is undeniably the best mascot in all of cereals and Frosted Flakes are a classic for a reason. The corn flavor tastes great with the milk and I like to mix in blueberries, which add a tart pop to the sweet flakes.

I like pretty much any version of shredded wheat. The larger frosted variety are delicious but these mini versions are also great. I love when the shredded wheat gets absorbed with the milk. It’s like a little pocked of cereal yumminess. These take forever to get soggy and have just the right amount of sweet. Yum!

So there you have it my very controversial cereal ranking. How would you rank these 6 cereals? Let me know in the comments sections

Hey you guys!  How are things going? I just wanted to give you a little update. I wish I could say things have been rosy and perfect but unfortunately I’ve been pretty sick recently. In fact, this entire winter I have had a cold in one form or another.  This is a problem for a person that does 5+ podcasts a week (this week I have 7!). Fortunately I have not lost my voice all together but it has been challenging. I was really bummed because this last weekend I was scheduled to go to the Tumbleweeds Film Festival but I was too sick. I managed to push through Sundance but since I had a cough this time I didn’t feel right about it. I think it is super rude to go to the movies if you know you will be hacking throughout it. Plus, I felt miserable so what’s the point?

It really has been a tough winter for me. I think part of it is the inversion has been very bad and that puts my sinuses at risk for infection and viruses.  The worst thing is when you are coughing so hard that your chest starts to hurt and it feels like you can’t breath. I am also very mucusy and going through a box of tissues a day. My nose is raw and chafed from blowing it so much. Fortunately, my job has been super understanding and kind with helping me get better, which I am beyond grateful for. Even so, I wish I could take a weeks off to 100% get better and finally lick this infection.

I am just glad I don’t have kids because that would be so stressful while being sick. Plus, I’m glad there is Jamba Juice just a hop away. Caribbean Passion is my fav with immunity whenever I get sick. I also watched Happy Feet which is my traditional sick day movie (it’s dancing penguins. How can you be uncheered by that?)

Even while sick we have been plugging away at the Hallmarkies podcast and I’m very proud of our efforts. It’s entertaining, fun and people seem to really like it. Please check it out even if you don’t like Hallmark movies! (We are very charming. You don’t want to miss it)