So I am back home! After a long plane flight I am happy to be back in my house and getting ready to sleep in my bed. But it was … END_OF_DOCUMENT_TOKEN_TO_BE_REPLACED

Hello from Virginia! It is Easter Sunday and I have just finished my 3rd day of this visit. The main goal of this trip is to spend time with my nieces and it has been a success in that regard! We have had a ton of fun and I’ve got some nice rest and relaxation along the way.

It started on Friday where I was able to use mileage points to fly first class to DC. This is much better for me as the seats are bigger and it has more room. It is also pretty fun way to fly!

Then I checked into a Westin Hotel and have been enjoying the luxurious sheets and room service!

Then on Saturday it became movie night. Megan and my nieces went to see Your Name, which is an anime I love. I was nervous it might be a little complex for them but they all loved it! Here is my review of Your Name. 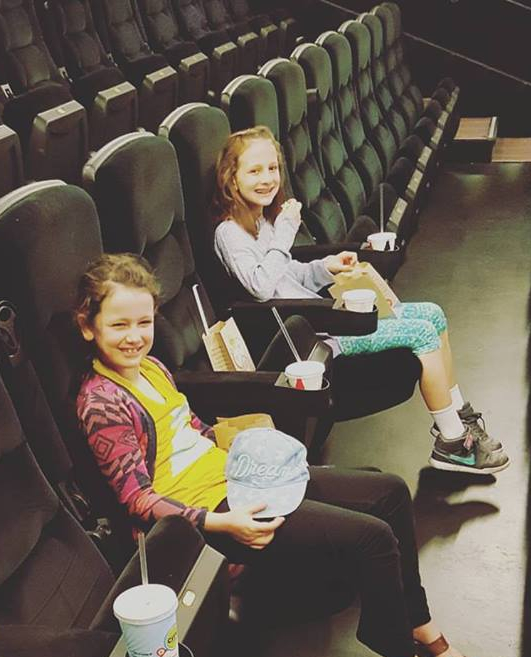 Later in the evening the oldest and I went to see the Power Rangers movie which she loved so much. Here is my review of Power Rangers.

Today was Easter Sunday so Madeline and I went to church where they had a lovely program with music from a special traveling choir. Then we dyed and hunted eggs 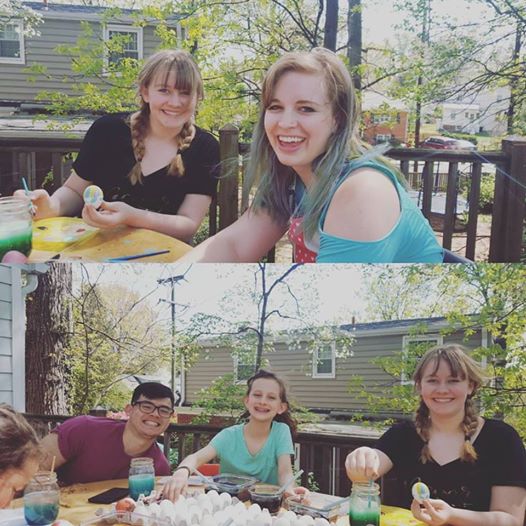 Then for dinner we had ham and potatoes which was scrumptious. For sweets there was lots of Easter candy!

It’s funny because I could feel the humidity quite strongly and it was only around 74 degrees. It’s amazing what a difference it makes. Tomorrow we are going to see some of the monuments and then Tuesday I will visit my old stomping grounds in Middletown. And then before you know it will be time to leave on Wednesday.  It always goes so fast.

Anyway it’s been a great couple of days spending time with family and relaxing. 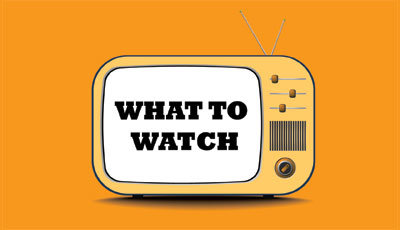 Have you ever heard of the concept of ‘the paradox of choice’?  This is the idea that choice is not always a freeing experience but quite the reverse. That an abundance of choices can lead to unhappiness, anxiety, depression and loneliness.

It seems kind of counter-intuitive. Shouldn’t choice be a liberating thing? But it makes sense when you think about it. For example, if I have one restaurant to eat at then I will be happy with said restaurant. When I have 15 restaurants then what was once pleasurable for me at the lone restaurant may be gross in comparison. Plus, now I have the anxiety and frustration of picking out a restaurant when before I went and made it work.

I was thinking about this particularly in terms of media. Never in history of time has there been so many options for entertainment. It is quite overwhelming.

I couldn’t find the exact number but I believe around 700 films are currently released each year. That is triple what we had in the 80s and 90s.

By my counts we had 35 animated films both indie and main studio released in 2016. In contrast, 1984 had 0 animated releases. Can you imagine that? A whole year without an animated film? Now we get 2 or 3 a month.

Because of the scarcity of options we would see a very flawed movie like Oliver and Company and have a good time with it. It felt more special because it kind of was. I think you could say the same thing for a movie like Space Jam. It’s not a very good movie but it was an animated comedy and we didn’t get many of those.

Compare the experience of Oliver and Company with the recent release of Smurfs: the Lost Village. I liked the film but it did not do well at the box office. Critics were pretty harsh on it and audiences weren’t drawn to it. Imagine if that was the only animated film of the year? People would have went to it and enjoyed it.

But on the other hand, a plethora of options can be a great thing. To use 2016 as an example we got so much great animation. I had 9 animated films in my top 25 of the year and they all deserved their spot. In one year I was treated to Zootopia, Moana, Your Name, The Red Turtle, Kubo and the Two Strings and more.

On the other hand, I can’t help but compare my experience as a little girl watching Little Mermaid and obsessing about it for 3 years hard core. Kids don’t do that as much now because the next movie has come in the next month and they’ve moved on. It seems like movies like Zootopia and Moana aren’t as special as they would have been in the 90s. Not because they aren’t great films, because they are, but because we simply have so many other options.

It is even worse with TV where the options are endless. Literally every day I hear about a new show I have to see. At least with movies I can pump it out in 2 hours where a TV show requires so much investment. A side of me misses the day when there were 10 channels and you found something to entertain you on that channel.  Now we have the networks, premium channels, streaming and even online providers and youtubers.

I end up having to narrow my focus and watch animation and period pieces as top priority. Then I have innocuous comedies and food shows as my unwind. But I would love to watch Dr Who, Avatar, Legend of Kora, Steven Universe, and a million other shows. I’ve been wanting to watch the original Star Trek for forever but I’ve only seen a few episodes (which were brilliant). Even for someone like me with a flexible schedule there just isn’t enough hours in the day!

Dr Barry Schwartz says about the paradox of choice:

He then talks about how having a choice can make our eventual decision less satisfying:

“Schwartz finds that when people are faced with having to choose one option out of many desirable choices, they will begin to consider hypothetical trade-offs. Their options are evaluated in terms of missed opportunities instead of the opportunity’s potential….afterwards, it affects the level of satisfaction we experience from our decision.”

I feel like this is true with so many aspects of modern life. Even many deciding their major can be super overwhelming when back in my grandma’s day you just picked bachelor of arts or science and went on your merry way. Maybe there is something to that?

What do you think? Do we almost have too many choices these days and do you find it overwhelming? How do you decide what shows to watch and movies to see? Have you felt this paradox of choice with media or other part of your life? I would love to discuss it! 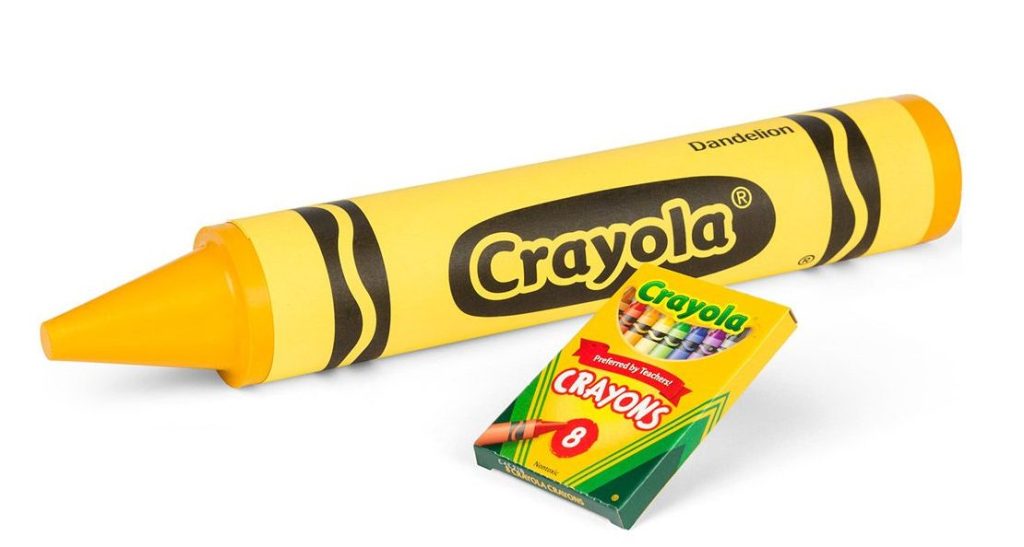 Last week if you had asked me what a dandelion crayon was I might have looked at you like you were nuts. Yet today I bought two 24 packs of Crayola crayons for dandelion crayons. Why this sudden attachment? Well, Crayola announced a few days ago they are discontinuing the dandelion crayon. This actually makes a lot of sense for them since they already have yellow, apricot, white and red orange, which would all work for coloring dandelions. I mean how often do you really need a mustard yellow crayon? So, why did this news make me a little sad and send me out to buy crayon boxes? I’m honestly not exactly sure.

I think part of it is a resistance to change. Sometimes it feels like everything is changing all around me. Of course, we have important stuff happening in politics but then stupid stuff like Batman killing in movies and Superman getting murdered. Why does everything have to change? I just saw Beauty and the Beast remade and changed and a million other remakes are coming. Now they are taking away the dandelion crayon.

I suppose there was a side of me that wanted to hold on to something that is still the way it was when I was little. The 24 pack had dandelion crayons when I was drawing as a little girl and now it wouldn’t. When I was 8 or 9 there was a special photograph you could have taken by these big giant crayons. I wanted my picture by them so badly! There I am smiling and happy and what am I next to? Why it’s a dandelion crayon.

In a few weeks that will be gone. I’m getting more towards 40 every day but I suppose sometimes I miss that smiling girl who didn’t have to worry about all these hard things. I just wanted to get my photo taken by a dandelion crayon.

So yes today I bought dandelion crayons and some coloring books. I plan on coloring to my little hearts content and using as much dandelion as I can.