We are now in the midst of the holiday season and I hope you are having as much fun as I am. So far (fingers crossed) I have not gotten sick, which is a plus over other years. Tonight I had my parents and Grandfather over for a Christmas meal. I made meatloaf (gluten free using potato flakes), potatoes and butternut squash, zucchini and squash and russian cream with fruit for dessert. It was all pretty delicious and we had a nice time together 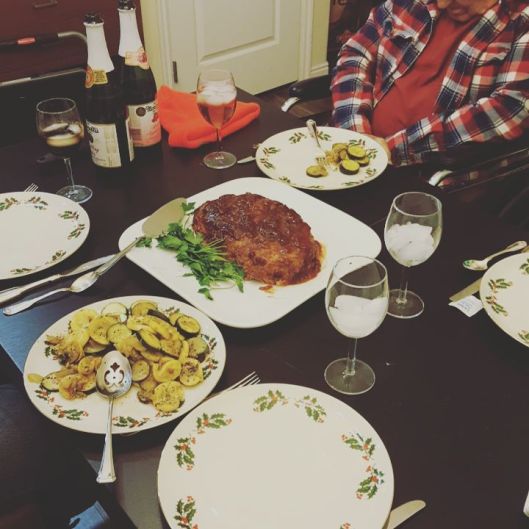 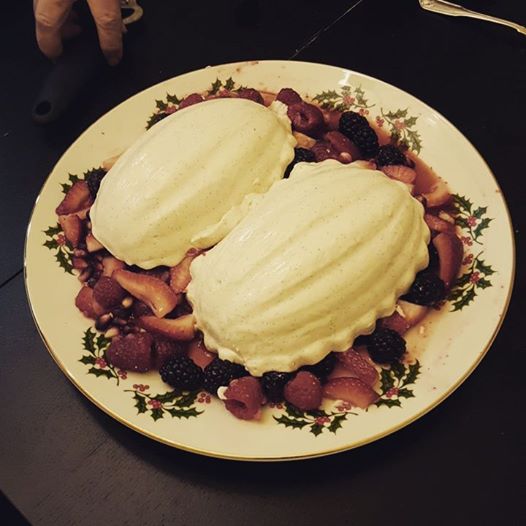 Anyway, as we were visiting I asked my Mother if she could remember a special Christmas from her youth. Maybe one where she had gotten something she really wanted or done something special but she couldn’t think of anything. Then I asked my Dad and he had the same response. I thought about my youth and to mys surprise I also couldn’t think of specific memories. One year I got an American Girl doll and that was pretty special but most of the Christmas memories mesh together into a big happy time.

The more I thought about it the more I realized perhaps that consistency is the greatest thing about holidays and traditions. The memories aren’t all that important but it’s that they happen every year and feel for the most part the same. As an adult I’ve lost a lot of that consistency because every year seems to be different, with different people.  This year I have celebrated Christmas with my brother Sam and sister Maddie already and have given my parents their gift because they were all traveling.

Then we just had the meal tonight and I will probably be alone through Christmas unless my Aunt or someone decides to join me. This is now my 4th Christmas alone so I suppose that is becoming consistent but each year I’ve done something different.  In 2013 I met up with friends and went to a movie, in 2014 I was deathly ill, in 2015 I went to Chinese food. I don’t know what I will do this year. Maybe I will finish binge watching Fuller House Season 2? Who knows? 🙂

It’s kind of impossible to make my Christmas season more consistent because I just don’t know what is going to be happening from year to year.  Still, I try to always have my Christmas tree, go to Messiah Sing Along and Christmas Carol. I’ve done all those things this year. So, there is some consistency.

Anyway, it’s just something I have been thinking about. Maybe a happy life isn’t about making memories per say but more about creating traditions we can count on year after year?

What do you think? Can you see what I am saying?

I would love to hear your insight.

7 thoughts on “The Joys of Christmas Consistency”