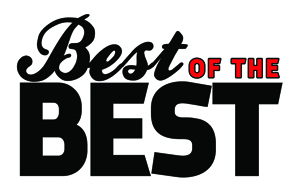 I wanted to start this post off with a crazy title because I want to talk about our societies seemingly insatiable need to quantify and rank everything.  Why do we do that? Why can’t we just enjoy something for what it is instead of wondering if it is better than something else?

If you don’t think it is a problem check out watchmojo.com.  They have lists for everything and when I say everything I mean everything.  Like here is their list of the Top 10 Ruthless Dictators (this is wrong on so many levels).

They also have a Top 10 Infamous Mass Shootings and a Top 10 Worst Humans of All Time. Why? Why does such a thing need to exist and what does it say about human nature that it does? I think we feel an innate need to make order out of chaos and somehow ranking everything makes us make sense of what we don’t understand.  But I think just because it is a natural impulse does not necessarily mean it is good.

Why would we never rank the people we love? Why do most people refuse to admit they have a favorite kid? Well because we love them all in different ways.  The things I love about my Dad are so different than my Mom that ranking one above another is completely impossible.

The more I’ve thought about it I think that is the case with almost all rankings (or hate them all equally depending on the list!). I always want to have about 10 ties because I like things the same or I appreciate different things in different ways.

I first thought about this when I was ranking the Disney Canon for my Disney blog. I’m happy with my list.  It is fairly accurate of my feelings but I am also a little frustrated with it.  A lot of people were upset with me having The Lion King at 13 and I was upset too because I love that movie. Same with Aladdin which got pushed down to 19!

My rationale was Lion King humor is a little annoying and a few of the songs are a little corny but it’s great.  I love it.  It has a fantastic villain, amazing artistry and a story that pulls at my heartstrings.  Aladdin was 20 simply because I think the 18 other films are more artistically special but I love Aladdin so it’s very frustrating.

In a way it is kind of silly to compare the movies.  I mean there isn’t much in common between Fantasia and Aladdin aside from being animated movies and yet there I was comparing them.  Why? Because I felt I had to make a list after watching all 54 films. I felt my readers wanted it and I felt a need to do it myself as a conclusion of the project.

I’ve also seen this list making tendencies in my Survivor forum that I’m a part of.  People are constantly wanting to rank Survivor winners, contestants, and seasons. The great thing about Survivor is no two winners are the same (except for Sandra who won twice!).  Meaning each one has used a different strategy and won in a different way, so ranking them becomes kind of futile.

Just like I was left frustrated at Aladdin at 19 I am sure I would be frustrated with a winner I love not being high enough on my own list!

I prefer lists that are in no particular order and just a bunch of things I like but even those can be frustrating because I invariably forget to include something. Like the other day I made a list of my favorite Disney sidekicks and going into it was going to put Sgt Tibbs from 101 Dalmatians and I completely forgot about him!

What do you think about this tendency of our society to quantify, list and rank everything?  Do you like it or are you sick of it like I am? I’d love to hear your opinion in the comments section.  Thanks!