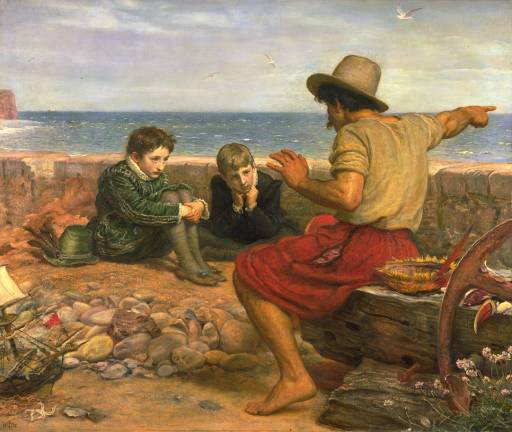 I’ve been thinking this week about stories.  Why are stories so important in our life?  Why do they matter?  And why do some stories create such an impact on me and do nothing or the reverse for others?  Why do we care so much about these stories?

Of course what made me ponder on the topic was my disappointment at the end of the story for How I Met Your Mother.  A story I had invested 9 years on and did not end the way I wanted it to.  It is after all just a TV show.  What’s the big deal?

Well let me tell you a story and maybe it will make a little more sense why it was such a big deal.  After my mission I got a job working in a cubicle, entering data and printing checks.  It was supposed to be a temporary position till I could find something else but a year stretched into two and then I started school so two became three.

I wanted to quit everyday, and I knew that God wanted me to quit, but I lacked the courage.  The courage to dive off into an unknown while going to school.  At least the horrible job was something and the unknown could be even worse?

I was scared and fear is an evil little sucker.  I was also unhappy but I saw no break in the unhappiness if I quit.  It seemed like I should be happy.  Other people were unemployed and had no job so what was my problem? Why couldn’t I feel happiness any more?

I did have a manager who was extremely manipulative and treated me like a bug that needed to be squished, but even if she would have been a saint, I would have been unhappy.  I usually am when I am scared and not doing what God wants me to do.

So I kept going, and going, and the anger and resentment built up inside me until I was scared I would explode.  Finally, one day in Feb 2007 I kind of did.  I grabbed my purse and I ran out of the office.  Then I called my head boss and let it all out.

I proceeded to then have my first panic attack.  I felt like I would lose control and all those feelings would come out and I would embarrass myself.  I couldn’t breathe or speak and for a second I wondered if I was going to die.  It was awful. One of the worst days of my life.

The next Monday at the office things were awkward but I made it through and things started to be better.  I had a new manager, less assignments, hours and even a desk by the window.  I made it through the summer and yet the nagging feeling of unhappiness didn’t leave me.  It was less a boiling point and more of a steady simmer.  It still wasn’t what God wanted me to do and I was still afraid to take the leap.

Finally in September, I made the decision- I quit.  I gave my notice and helped them train a new person and December 21, 2007 I walked out of the office with a box of desk nicknacks and shouted in the air ‘I did it!’.  I had quit my job.  I was diving into the unknown and looking for work in 2008.  Only crazy people quit their jobs in 2008, but I did and it was one of the best days of my life.  I knew it was right.  I knew for sure.

That day my friends and I went and celebrated my freedom at Bucca di Beppo’s and a weekend at the Marriott in SLC.  This isn’t the greatest picture but it is one of my greatest memories.

But you know what happened after I took this great leap?  It took me 6 months of interviews before I found a job, and even then it was only because of the mercy of my Dad letting me manage his properties I found anything.  I knew I had done the right thing but it was scary nonetheless.  God does not always iron out all the wrinkles when he gives you a new shirt to wear. At the end of 2008 I said on this very blog (I started the blog in May 2008):

“It has been a year of healing and growth, and I am immeasurably stronger as a result.  It all started last December with my taking the big leap of faith and quitting my job.  I knew I needed  a change and that the Lord wanted me to be doing something else, so I left everything in His hands.

Not knowing where life was taking me I entered the job hunt- interviewing for nearly 40 companies over 6 months.   There were so many jobs that I thought for sure I would get and then I wouldn’t.  The Lord definitely made me wait and show my faith before helping everything to work out.”

So, you perhaps can understand why it was so meaningful mere weeks after quitting that I saw this:

Someone got it.  Someone understood my story.  That’s why I stuck around for 9 years.  That’s why it meant so much to me.  It was the story and just like my story ended well, I wanted to see Marshall and the gang’s end well.  I’ll get over it.  I promise.

We all have our stories, and they all matter.  Stories matter.