So I figure I’d make it an record 3 posts today.  So much to get caught up on.  I came home to find more boxes to sample (some I paid for 1 without having to subscribe).

This box had an incredible value and the nice thing is you can subscribe for $24.95 or buy it individually at $34.95

They also do a beauty profile and ask you to guage your fashion sense.

Here is the breakdown of the bag

The other two boxes I tried are whimsey, a craft box, and watanut, a food box.

I was very impressed with the packaging of whimsey box and the craft looks really fun.  Its $15 a month which is significantly less than other craft boxes.  This month is a bracelet and I think they look really pretty. I’m excited to get my craft on.  This would be a fun box for a group of girlfriends to all get or teenagers.  FHE activities!

Watanut is a nut box and everything seemed yummy; however, I don’t think it is as nice as naturebox.  With naturebox you can pick what you want and you get 5-7 bags as opposed to only 4 with watanut.  Still, everything tasted good.  Its $25 a month. Something to consider.  Would make a nice gift since you can order them individually 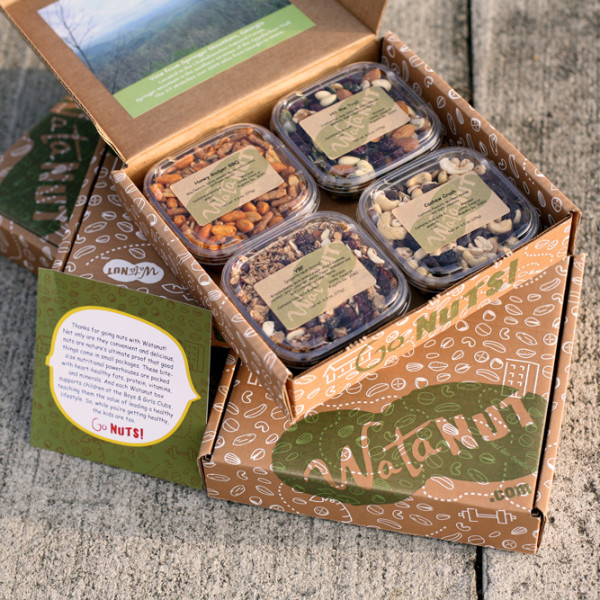 Hi guys! I wanted to tell you about a cool new service for plus size fashion.  Readers of this blog may remember my feelings on plus size fashion as featured on this blog https://smilingldsgirl.com/2010/10/16/a-note-on-plus-size-fashion/

However, bad fashion aside one of the problems bigger girls like me has is that our sizes can fluctuate greatly depending on a ton of different factors.   I’ve changed sizes in as quick as a month both on the upswing and downswing.  This can be extremely discouraging and expensive.  Most of the time it leaves us girls wearing frumpy clothes that are too lose or tight (both depressing).  You don’t feel pretty but you don’t want to invest in new clothing that you may only wear for a couple of months.  So you end up buying something cheap that is hardly flattering.  Basically you settle.

Well, someone has finally figured out a solution to this problem.  Its called Gwynnie Bee.  It is basically the netflix of clothes.  You log on to the site and then build up your ‘closet’ full of shirts, skirts, dresses and blazers (no pants for some reason?) and all of them are size 10 to 30 and designer names.  You can then pick a plan ranging from $35 for one piece of clothing, $59 for 2, $79 for 3.  For basically the price of a pair of jeans you can look fresh and new.

It only takes 2 days to send you your clothes and it includes a usps bag to seal up the garments when you are finished.  Then in 2-4 days you get the next items on your list.  Here’s an overview

Don’t you think that is a clever idea?  My only concern is that I need pretty modest clothes because of my religion and they have too many short dresses (I am also 5 ‘8 so what is short to me may be just right for some).  Right now you can try for free for 30 days.

What do you guys think?

1. What’s your first impression of Death as a character/narrator?
Its a little hard because my first impression was a long time ago.  I remember feeling a little apprehensive and thinking ‘Is this just a gimmick?  What is this going to be like?’  Now on my 5th read through I welcome his sarcastic, slightly bitter tone.  I think it is the only way you could create a nuetral voice in a story about wwII, especially one set in Germany. I know a lot of people struggle with death as the narrator but I think in a book like this you just have to go with it.
I love how the he describes the colors and flavors of the sky when he takes the people.  I can’t explain it but I know exactly what he is talking about.  Different moments in life do have colors and flavors.  Brilliant.
2. What’s your first impression of the unique writing style?
When I first read it I was in a rut where I felt like all book seemed the same.  I found Zusak’s writing to be so different that it was intoxicating. I didn’t want to put it down.  I love how many characters he manages to keep interest in and he doesn’t bog down in details of setting or time but allows the reader to picture a lot of that herself.
I love how death brings makes the reader think.  For example he asks us about fate? Is it the cause of the tragedies:
Of course not.
Let’s not be stupid.
It probably had more to do with the hurled bombs, thrown down by humans hiding in the clouds.
3. Which character stands out to you the most so far and why?
I loved Rudy.  His innocence with the Jesse Owens stunt and his friendliness with Liesel.  He doesn’t understand what it means to be jewish, catholic or even black.  He in many ways is the opposite of the jaded death character.
I also immediately loved Hans.  My heart always opens to characters with pure intentions.  Hans is a good soul.  He even loves Rosa!
4. What do you think the author is trying to say about the power of words?
Well throughout the book there is a theme of stealing words.  Liesel says she is  “watching the words” when she first learns to read.  Then she steals books throughout the story.  When it gets to the story of the word chaser we see that even the fuhrer cannot stop the power of words and yet he created words.
5. How do you feel about all the foreshadowing that’s going on?
Gripping. Some of it is outright like with Rudy and the kiss and others are more subtle like Liesel learning to read the Gravediggers Handbook or her first book.
6. Also, how do you feel about all that German swearing?!?
Honestly this I could have done without so much of it.  It really made Rosa a hard character for me to like and it makes the book harder to recommend to younger audiences.  Still, in a way it makes Rosa a more dynamic character.  I couldn’t figure her out on the first 2 readings.  I didn’t like her and still bristle at some of her behavior.
7. What do you think about the relationship between Hans and Rosa?
Rosa is perhaps the most complex character in the novel.  Why is she such a beast and yet she hides a jewish man and a communist’s daughter?  There has to be some good in her.  I couldn’t help but think of some old couples that I know where the man/woman is all gentleness and lightness but their partners are tough and more practical.  It seems like a combo you see a lot.  They don’t give you a ton of her backstory or explain her character motivations.  She works hard and is tired.  Its almost as if she is the death character on earth.
8. What do you think about the relationship between Rudy and Liesel?
Rudy is one of my favorite characters.  He is so sweet and lovely.  I think him and Liesel match well as friends.  They both have a nonchalance that is very appealing and both do not seem to care what others think about them.  I love the moment where Liesel finally unwinds the grief of her brother to Rudy.  Not to an adult but to a fellow-sufferer.

9.  What are your feelings on the politics of the time that we’ve seen so far?

I think Zusak does a good job of keeping the politics and even the setting as a eerie background.  We all know what is meant when Hans and Liesel take the washing to Dachau.  We know what the 3rd Reich did.  As readers we are all just waiting for the characters to figure it out.  Figure out the evil amongst them.  Hans and Rosa know that’s why Hans plays his accordion.  When will the children figure it out?

Death says that the Nazi’s came into power because Germans enjoyed burning things.  “Shops, synagogues, […] personal items, slain people, and of course, books”.  I can see how destruction has its own sense of power and control.  In a time of economic nothingness power could be extra intoxicating but Zusak doesn’t get caught up in these historical details but it is an undercurrent.
10. What images and/or symbols stand out for you in this story so far?

There are a lot.  You have things like the  jewish star, heil hitler, jesse owens, the colors of the sky, everything.

What did you guys think of the first part?  Here is the page on Suey’s books with her thoughts.  Enjoy!