So  after a quick depressing post this morning, I thought I’d add a quick exciting post.  I haven’t updated on my NaNoWriMo progress as much as I would have thought because I’ve been a little bit embarrassed by my writing output.  I didn’t want anyone to think I was bragging or that I was working any harder than another NaNo writer.    Believe it or not, I’m almost done with my book!   I have 4611 words left! There are about 3 chapters left in the story so I think I will go over the 50k.

The words just flew off of me and I guess since it was based on my story that made it easier to arrive at plot and characters.  It has been a moving experience to write about the events of a hard time in my life and to create a fictional character out of myself.  Only depressing thing is in my book I marry someone who looks like Paul Rudd.  Sadly, that will probably not happen in real life…

The book that I’ve written so far is a chick lit type romance novel about a girl who hates her job and meets a great guy along the way who helps her deal with her icy manager.  Along the way there are revelations, frustrations and a panic attack (which I was so proud of writing).  I actually think the romance is pretty good especially for a girl like me who has had so little experience.

Well, since I have finished so quickly I will definitely have time to edit the heck out of it and make it great (or as great as it could be) and submit it. (Which I’m not sure exactly how submit it but I want to?).

I really like my book and I’m actually kind of sad to see it get completed.  Its something I’ve been thinking about for so long that its weird to have it done.  But what if it is not done…(obviously editing and rewriting not done but I’m just talking about finishing NaNo)

Anyway,   I was talking to my trainer Ben yesterday about the story and he said ‘you shouldn’t add too much fiction because your story alone is super compelling’.  It made me think. I wonder if there is enough in my actual life to create a compelling story without all the romance and fiction?  I’d like to think my life is interesting enough to tell a compelling story. Would be pretty depressing if it isn’t.

So the idea struck me- why don’t I do 2 versions of this story.  One will be the romanticized, lighter fiction version, and one will be the real, nitty-gritty version of how it actually happened.  I will probably only be able to show that version to a select few as it may be too real but the idea of writing it excites me!  I’ve practically done that version already here on this blog but never in a concise story format.  I can use a lot of what I’ve already written as inspiration for the real-life novel but I’m starting from scratch.  It’s going to be awesome!

I’m shocked at how much I like to write fiction.  I’ve always been a good paper writer and essayist but have not attempted fiction writing in my adult life.  And never in a million years did I think I could write 50k in just over one week.  Wowzers….

So to 2 versions of the same book!  And yes, I’m crazy but I love it!!  Which one do you think will be better? 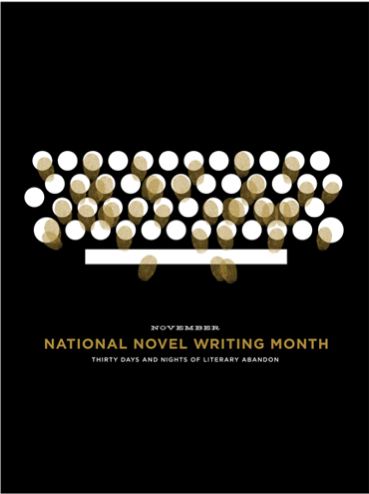 Sorry but I feel depressed.  I’ve always been real on this blog and I don’t see why I should sugar code it here. Both the candidates that I donated to and worked for lost, and I’m having a hard time seeing the silver lining.  No, I’m not calling for impeachment or moving to Canada (which makes no sense unless you want to pay even more taxes).  I did JOKE that Utah should just secede.

I’m not going to go into all the reasons why I think Mitt Romney would have been a much better president than 4 more years of Barack Obama and I am definitely not going to level out a criticism of the Romney campaign or the tea party (which you’ve got me why they are thrown together.  Mitt Romney is not now and  never has been a tea party Republican.  Paul Ryan, yes.  Romney, no.  Not even close).  If you are going to criticize the tea party remember that you are criticizing the sainted Marco Rubio (who I love) or Chris Christie.  Its easy to (I think unfairly) criticize Sarah Palin or Christine O’Donnell and say the tea party is a bunch of fanatics but we actually got some pretty impressive things done. At least it was one time in my life where I felt like my voice actually mattered to this country.  I will treasure that moment. May be last time I feel it for some time…

Here’s what’s frustrating, even depressing to me.  On my ballot I voted for Romney, Jason Chaffetz and Orin Hatch.  All 3 of these candidates won Utah by over 70%.  One vote with such margins is hardly consequential.   This election I thought I could make a difference by donating time and money to campaigns but both Mia Love and Mitt Romney lost.  I just feel like why bother?  Nothing I do seems to make a difference whether for or against.  I’m sorry if that sounds  pessimistic that’s just how I feel right now.  I’ll get over it (and if one more person tells me to not be bitter and to be happy for our country I think I will scream. Some people wouldn’t give me one hour of sadness).

Well, I bought food storage last week because I fear our country going into even more of a steep decline until it all bursts.  Its happened in Iceland, Greece, Spain.  Why do we think it can’t happen to us?  Are we somehow immune from dealing with 16 trillion in debt? Obamacare is done.  It won’t be repealed.  I’ve already lost a doctor it took me 2 years to find.  They said in their letter they just couldn’t make enough money to fund the type of care they wanted to give.  That’s depressing on so many levels and its only the beginning.

Last night the President said he had listened to me, even if he didn’t get my vote.   I hope so.  I am not optimistic my opinion will be taken into consideration or listened to. So far he hasn’t put together a single bipartisan piece of legislation.  He hasn’t reached across the aisle once in a concrete way.

At least we have a mostly Republican representation from Utah that will come close to speaking my point of view.  I’m super bummed about Mia.  I think she would have made a great congresswoman and all the attack ads distorted her positions.  I certainly have no respect for Jim Matheson after the race he has run even criticizing Mia’s immigrant parents along the way.  Real classy.

Anyway, I am sure many of you will be alarmed by this post. I will get over it but today I feel like saying why bother? Why bother?  I’ll just start focusing on Dancing with the Stars voting and hope all the dreams of my liberal friends come true over the next 4 years.  I hope they all prove me wrong.  I really do.   Today I just say why bother?