I know I’ve been doing a lot of posts lately.  What can I say- I’ve just been in the mood!  As everyone knows Valentines Day is coming up next Monday.  Fake holiday or not, it does tend to bring a girl’s mind to the romantic. I’m too old for visions of knights in shining armor and long passionate kisses but still the idea of falling in love has its mystery.  It is the great unknown in life.  When will it happen?  Who will it be with?  Is he walking by me right now? Have I known him forever and not known it…

While I don’t believe in ‘the one’ or fate, I do believe that God directs us in our lives to what we need.  There may not be ‘the one’, but I don’t think there are 150 ‘just rights for Rachel’ running around. If there are, they certainly do a good job hiding themselves!

Anyway, today I spent a few minutes filling out valentines for my sisters and nieces (the real loves of my life!).  As I signed my name to Disney Princess cards I began thinking about romantic movies and books.  My internet friend Forest Hartman recently put out an interesting article (he’s a movie reviewer I follow) of “romantic comedies that are actually funny.”  The point of his list is that most movies prescribed as romantic comedies are more romantic dramas or at best straight romances.

While I agree with this basic point, I do not agree with most of his selections, which include many of the modern raunch-filled, hard-R movies such as Something Like Mary, Knocked Up and Forgetting Sarah Marshall.  I must confess to only seeing one of these movies, I did not find it funny or romantic.  I was too distracted by all the adult content. A movie doesn’t have to be PG rated, but I usually wish the adult content was left out.

If my humble opinion were taken into account a romantic movie should be funny but it should also be innocent and tender.  A true genius like Cary Grant knew how to build romantic tension while still keeping the characters likable and funny.  All the sex and foul language make characters less sympathetic and ruin the romantic tension.  What’s it all leading to if sex is already off the table? Getting married? I guess but that’s not as tense and funny?

I guess I am just too old-fashioned for modern romance but considering modern romance includes three movies last year where women went to sperm banks maybe that’s a good thing? To some it might sound crazy but I believe in a romance where a girl meets a guy, they fall in love, overcome struggles, stay morally clean, get married, and have a family.  Isn’t it a little scary that this notion sounds archaic?

I am willing to make some exceptions.  For instance, I love Juno but I feel like the character learns from her mistakes and finds love.  The movie certainly doesn’t treat sex and love as nothing.  I also liked the movie Last Chance Harvey which was more of a drama but about real people who fall in love because of common interests not from stupid bets, competitions, pratfalls, and meaningless sex?

Almost all of the romantic comedies I have seen in the last 10 years have been awful- and most of them starring Jennifer Lopez, Ashton Kutchor, Kathrine Hiegel, or Matthew Mcconaughey.  Why do I keep going you ask? Good question.  Most of the time I give into peer pressure, figuring I’d rather see a lame rom com then be alone.  Tough call? Lately I have seen much better romantic movies on lifetime and hallmark channel original movies!

The main point is these movies are not romantic.  They aren’t even sexy or exciting.  The characters usually hate each other and are hateful throughout the film and then we’re supposed to believe ‘poof ‘ they fall in love.  They are also put through ridiculous impediments to their love- mainly because the right impediment, chastity before marriage, is considered a joke.

So to borrow Forest’s title I’m going to suggest a list of ‘romantic comedies that are actually romantic. I sincerely tried to think of a few selections in the last decade but could only come up with two.  Most of them are much older. It is a great list.  I highly recommend ordering them on netflix now and enjoying them with your honey on Valentines Day.  What movies do you find romantic?

1. His Girl Friday- the rom-com that all others have been copying for 70 years.  The way to do snappy dialogue and opposites attract right.

2. Shop Around the Corner/ You’ve Got Mail (2 different movies, same plot, both wonderful)

3. When Harry Met Sally (this one does have a tiny bit of adult language) but great Nora Ephron dialogue.  I love her!

4. Talk of the Town- may be hard to find but worth the effort.  A philosophic romantic comedy! Can borrow from me if you want.

5. Bringing Up Baby- if you want a rom com that is super funny this is it.

7. Return to Me- a bit of a stretch as a comedy but has comedic moments and I love it. I also love that they manage to fall in love without her taking her shirt off to show her scar.  Most Hollywood movies would find such a notion unrealistic.

8. Clueless- hilarious. based on Jane Austen’s Emma! (Mostly funny for those who went to high school in my era.)

Happy Valentines Day!  I love you all! 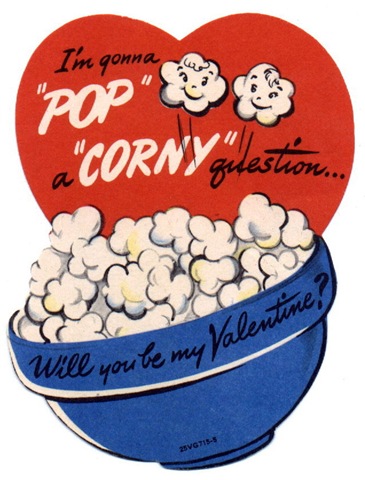 10 thoughts on “Romantic Comedies that are Actually Romantic”